The project reflects my experience as an immigrant in Austria. I use my particular example and story of my grandfather to reflect on the Polish-Austrian relations and the colonial past and postcolonial present.

As I moved to Vienna I had mixed feelings about Austria. Austria and Germany are portrayed in Polish education system mostly as enemies of Poland. History lessons focus on partitions of Poland by Russian Empire, the Kingdom of Prussia and the Austrian Monarchy, the following 123 years of their rule and the two world wars.

I have often been thinking about my grandfather since I moved to Vienna. He was a Zwangsarbeiter in Germany during the second world war. He was a poor peasant from a village Paterek, where Nazis perpetrated a genocide. Over 200 Poles and Jews were killed and those who could be used as workforce were taken to Germany.

As a child, I was fascinated by a white eye of my grandfather. He told me that during his stay in Germany he winked to a German girl. He was a „Polish Untermensch“ destined only for hard labor. German soldiers saw this. „you’ll never wink to a German girl again“ – they told him and they blinded him by putting some lime into his eye. He never got paid for the years of his hard labor nor received any compensation for his mutilation.

I often have been thinking about the parallels and continuities of our lives – the immigration, work and the irony of history, that the next generation of Poles provides cheap labor in the land of the former colonizer. 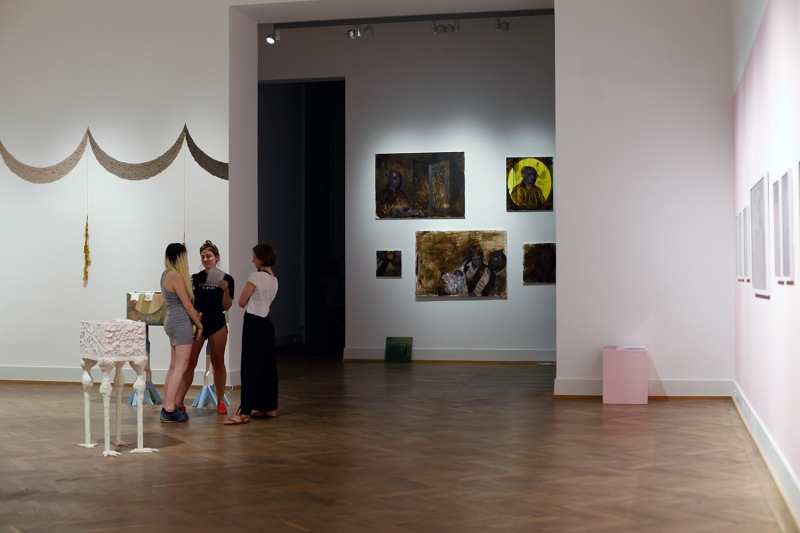 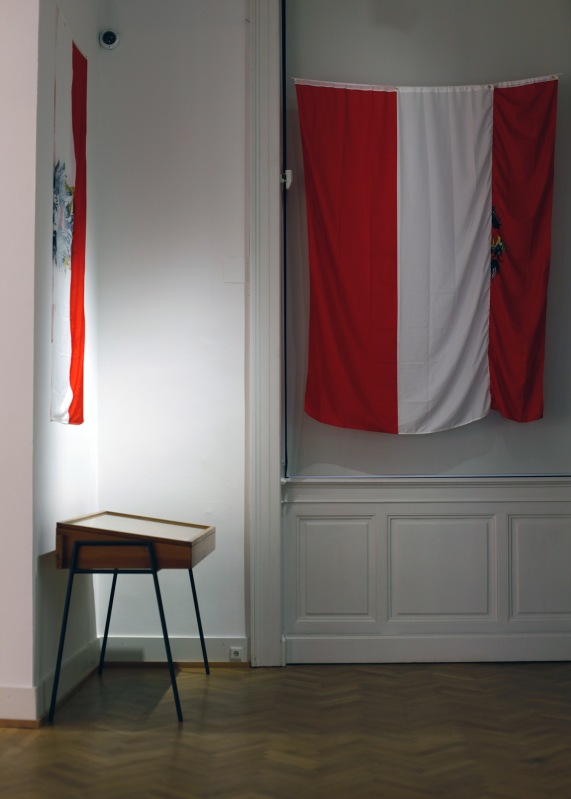 In the era of growing nationalism in Europe, the question of immigration has become one of the most important issues. The immigrant in the nationalist discourse is a threat to the imagined homogeneous community of the nation-state made up of citizens of a single ethnic group, who speak the same language and represent the same culture.
What should an immigrant do? Abandon their culture and embrace the new? But is a full integration possible? The Polish-Austrian relations are marked by contradictory nationalist interpretations of history with reoccurring motives of victimization, dominance, resentment, and conviction of one’s superiority.
The Austrian flag is brutally converted into Polish one. The second part of the installation is a Polish flag with red stripe sewn at the top; an imitation of an Austrian flag. Both objects show the futility of those attempts, instead (in both cases resistance/assimilation) a new, liminal, hybrid identity is created.
Flags function as a fetish, sacral objects of nationalism, protected by law as much in Poland as in Austria. To tear a flag or modify is a modern blasphemy of a kind, a transgression. 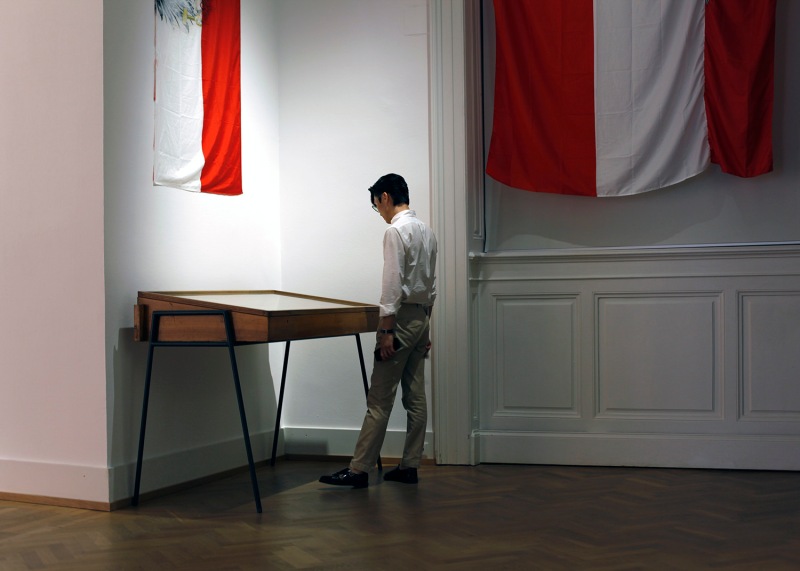 The artwork is a documentation of all my spending in a one month (February) to illustrate my precarious situation as an immigrant and artist. The Bills are presented as anthropological evidence in chronological order.
The work bears a resemblance to some paintings of conceptual artists like On Kawara or Roman Opalka. Both artists are famous for their use of numbers in their work. Kawara’s Date Paintings consist of nothing more than a date on which they were made. Roman Opalka painted numbers from one to infinity. Both artists used numbers in an abstract and existential way as signs of passing, death. In contrary Bills February 2017 uses a Marxist, materialistic perspective – it refers to real life and economic struggle of an artist, immigrant, precarian. It criticizes the metaphysical approach detached from the reality.

As Aijaz Ahmad points out, postcoloniality is a matter of class. A real change in the society (an end of the dominance of one group) is impossible without addressing the imbalance of power caused by uneven distribution of wealth. 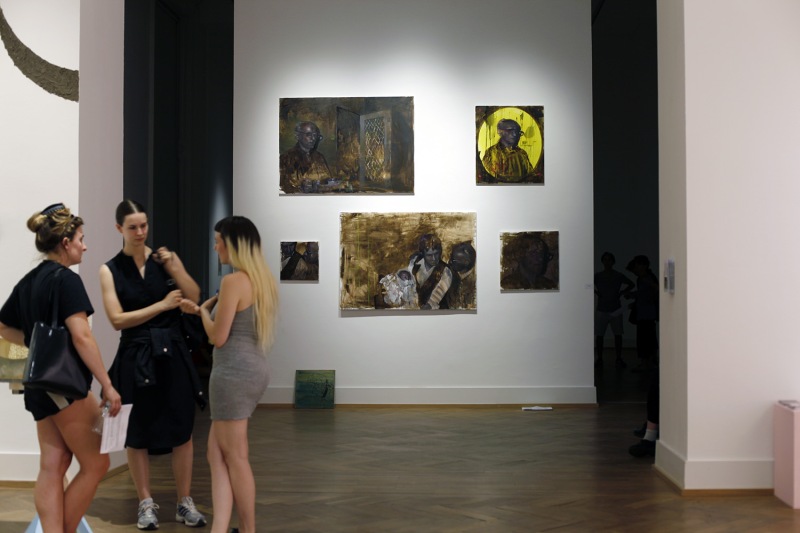 The story of my grandfather combines the phenomena of immigration, work, and poverty. He is a symbolic figure of the colonial past, which I combine with my hard experience as a cheap workforce and immigrant to reflect about the power structures in society and it relation with the past.